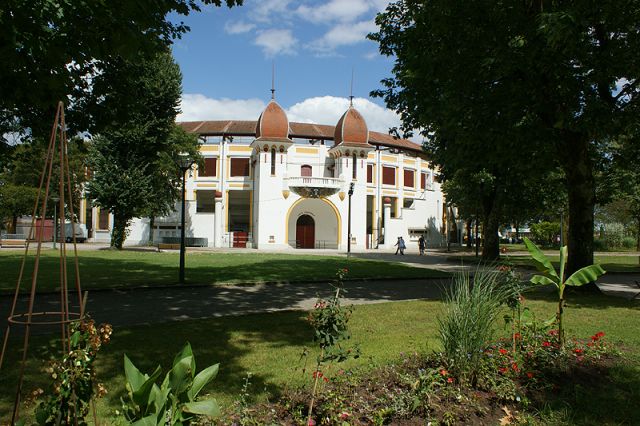 Dax is the Landes department of Aquitaine in southwest France. Located at the south of the Adour River and on the edges of the extensive forests of Les Landes region. Heading towards the Béarn and the Pyrénées mountains to the south, the scenery is composed of valleys and green landscapes, a land favourable for hiking and mountain bike activities.

Les Landes is a region of good living full of tasty local products and delicious wines. Some of the local products include: the Label Rouge* Adour Kiwi, duck foie gras (north of Chalosse and up to Mugron) where there is a large concentration of farmer producers; and also the Saint-Sever poultry, which even has its own festival “Festivolailles” at the end of November.

The wines of the vineyard of Tursan: The Tursan vineyard is hidden; it is a conservation area between Dax and Mont de Marsan. The climate is favourable to the vineyard, between the extensive forests of Les Landes and the famous Atlantic Ocean beaches, stretching from the Adour River to the first hillsides the Oceanic Pyrénées. Also, not to be forgotten the other local delicacies such as the delicious Dax madeleines. 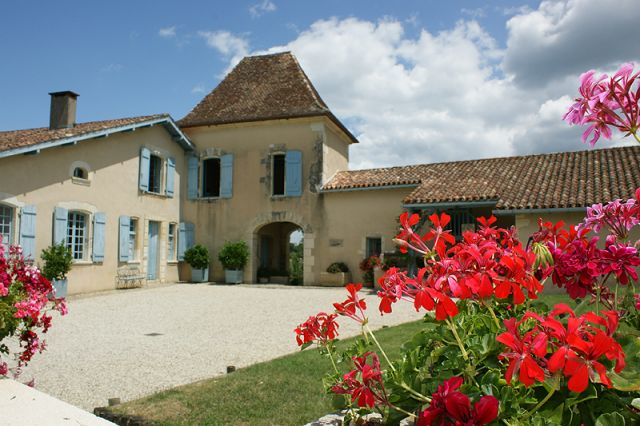 Finally, the region is also favourable to the discovery of smaller towns, typical villages and monuments that are less busy than the Landaise coast but also worth visiting:

Peyrehorade is at the crossroad of Chalosse, the Basque Country and the Béarn. Visit the house of the salmon and the ruins of Aspremont castle… 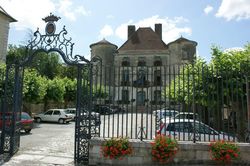 Sorde l’Abbaye is a beautiful abbey of roman origin, which evolved with time; you can visit the ruins of the abbey, the monastery and the church… 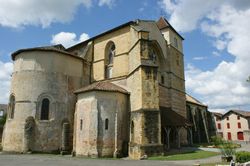 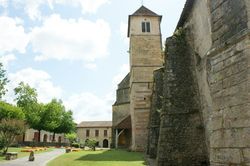 Montfort en Chalosse is a splendid small village, with a beautiful view of Chalosse and its hill. There are good restaurants and the museum of 19th century life and customs is worth visiting.

The golden period of Saint-Sever took place during the 11th and 12th centuries with the reconstruction of the abbey church. During the invasions of the 9th and 10th centuries, the former Benedictine Monastery was destroyed. One of the oldest bullfighting towns of France, Saint-Sever attracts tourists for its architectural treasures and its famous “Label Rouge”* poultry production.

The Abbey and Church of Saint-Sever are listed Historic Monuments and listed UNESCOWorld Heritage Sites as part of the Santiago de Compostela route.

Amou sur les rives du Luy has typical narrow streets and shady squares, a very ancient village which was confirmed by the discovery of potteries from the bronze and iron period. You can also discover the Amou Castle, a listed Historic Monument… 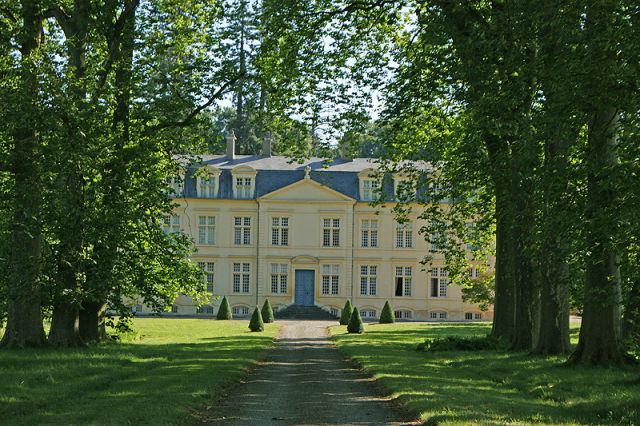 Brassempouy village is famous for its prehistoric shelters where in 1894; the Lady of Brassempouy, a 25,000 years old mammoth ivory statuette was discovered. A museum is dedicated to this statuette, you can stroll in the medieval village dominated by a church which is a listed Historic Monument.

Gaujacq is built on a Gallo Roman site; the village still has some ruins of the feudal fortress. However, Gaujacj is especially well known today for its botanical garden which, in mid-May each year, attracts nurserymen and collectors from all countries.

You can visit the Gaujacq Castle, built during the 17th century in a Gallo Roman and medieval site, four main buildings and splendid apartments from the 17th and 18th centuries furnished and inhabited… 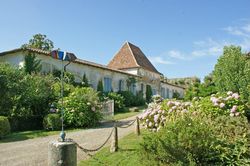 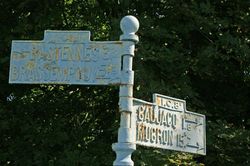 Pomarez is a major centre for the “course landaise” (ancient form of bullfighting that involves no bloodshed) with beautiful arenas, which are surprising by their size and colours…

In Pomarez, outside the Robert Bautiaa Arena, one of the first arenas in France entirely covered; you can also visit the church and The Poterie du Chateau d’Eau (workshops on techniques created by Hélène PLAULT) or you can go for a stroll at the nearby Tastoa Lake. 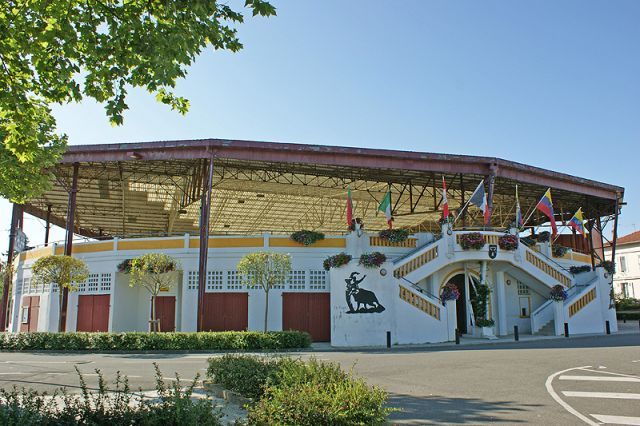 The natural spring of Eugénie les bains was first discovered by the Romans but it was Henri IV that developed it with the help of the Empress Eugénie de Montijo who supported him. Eugénie les bains is today a renowned spa resort thanks to the “Chaine Thermale du Soleil”, where chef Michel Guérard has created one of the top national restaurants…

Grenade sur l’Adour is a land rich in grain production, which is where it gets its name. The bastide was created in 1322 by the English, features beautiful houses with wooden balconies, as per traditional bastide with a quadrangular square…

Dax is the original spa resort in France. Spa patients come from all over France and beyond from spring to autumn in this town renown for its healing clays.

There are beautiful walks in old Dax, many old fountains, the Adour riverbanks have been entirely renovated and are very pleasant to discover on foot with the pedestrian bridge over the Adour River. The arena has also been refurbished recently and can hold up to 8,000 people. Each year, in August, the Arena as with the rest of the city heat up with the famous and the not to be missed traditional festival “Dax La Feria” which attracts thousands of people… 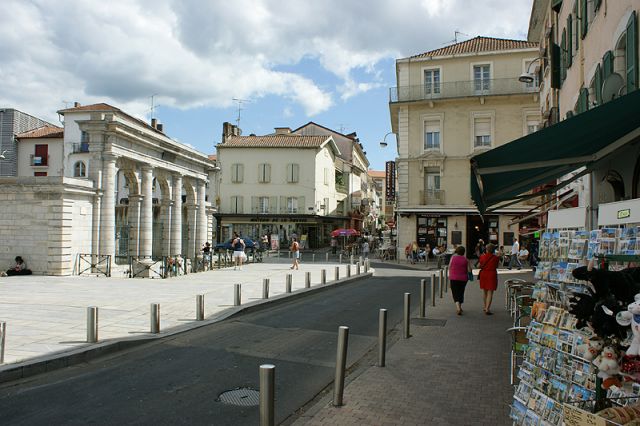 A little bit of history: Dax was first established by the Romans, and its reputation is supposed to date from a visit by Julia, the daughter of the first Emperor Octavian Augustus.

After the end of the Roman occupation of Aquitaine the city of Dax and its region were governed by the Counts of Gascony.With the acquisition of Aquitaine by Henry II Plantagenet, later King of England, Dax remained under English rule until 1451, when it was conquered by French troops before the end of the Hundred Years' War. It successfully withstood a Spanish siege in 1521-1522.

However, it was the burgeoning of the spas that is really responsible for the developments of the town; more than 50,000 spa patients visit the 15 spas each year.

To visit: The imposing Notre Dame Cathedral, the park and the pedestrian streets around.

The hot springs (62°), which have been famous since the Roma period are just besides, the statue of Borda, the maritime engineer of Dax.

The Borda museum; the crypt of the Carmes Chapel; the Georgette Dupuy Museum; and heading south, out of the town, the Museum of light aviation from the Land forces. 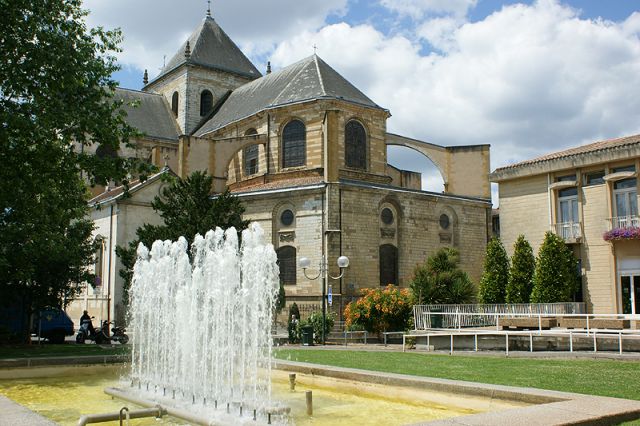 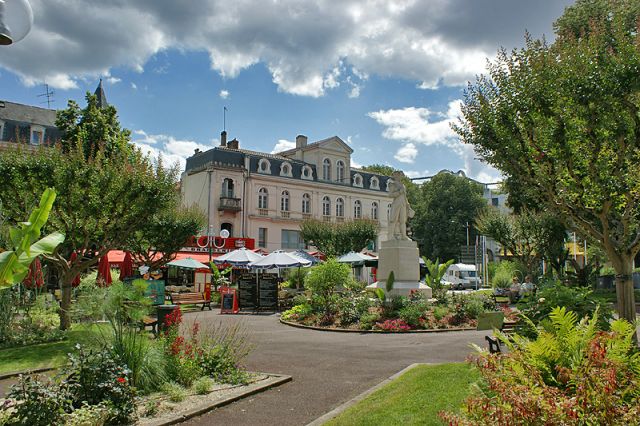 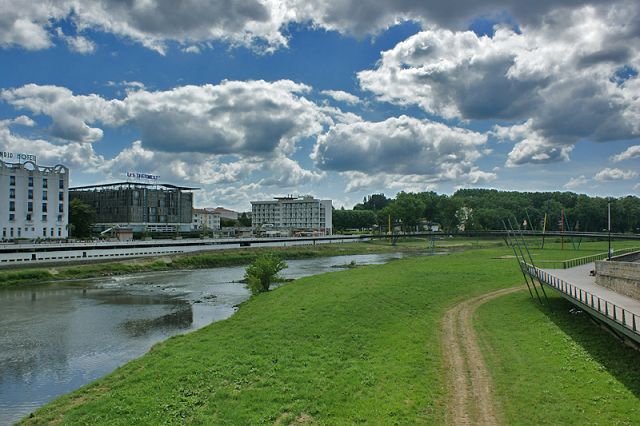 FOCUS on the ADOUR KIWI:

Thirty years after its introduction, the kiwi is the main product of the Pays d’Orthe. Today 350 producers produce 20,000 tons of kiwis per year, it is a product that is consumed from December to May across the all of France, and it is the only one that is branded Label Rouge*. 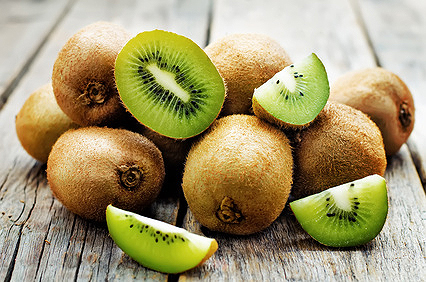 FOCUS on the TURSAN wines:

You can discover the roads of the Tursan wines “Sur le chemin des vignes” (On the vines’ road) with lovely welcoming winemakers. 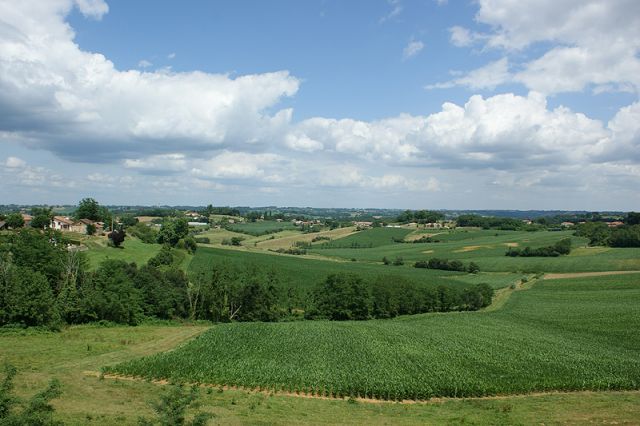