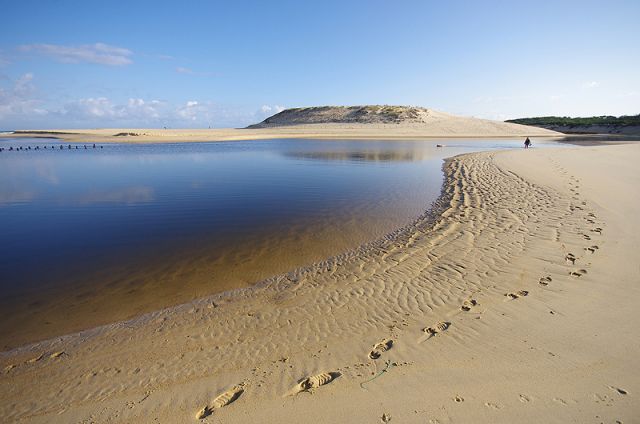 For those who like cycling it is a haven of peace, there are many bike paths through the Landes forest or to ride along the coast from Moliets to Soustons and from Seignosse to Ondres.

The famous seaside resorts follow one another up to the neighbouring Basque Country in the south, Messanges, Vieux Boucau, Port d’Albret, Seignosse, Hossegor, Capbreton… Some are more family orientated such as Vieux Boucau or Capbreton, others are more «pastoral» such as Seignosse Le Penon, others are trendier such as Hossegor, a surfer paradise with its famous wave forming above the Golf of Capbreton.

Vieux Boucau could have been totally forgotten after the Adour River was diverted towards Bayonne and the development of its harbour abandoned. But, with the tourist growth of Port d’Albret around the Lake Marin, between the boroughs of Vieux Boucau and Soustons, the municipality undergoes a revival, and offers lovely walks, pleasant and flowered seaside resorts, a lake with many water sport activities.

Discover the Huchet River to the north of the municipality, a natural curiosity not to be missed! 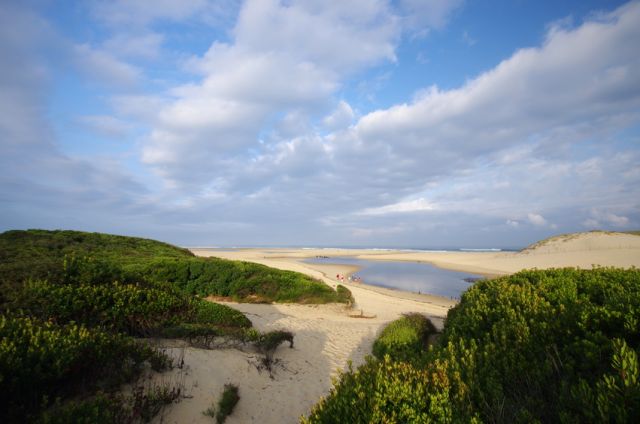 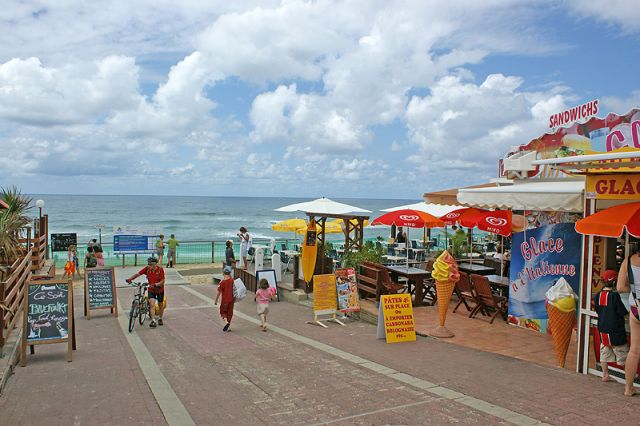 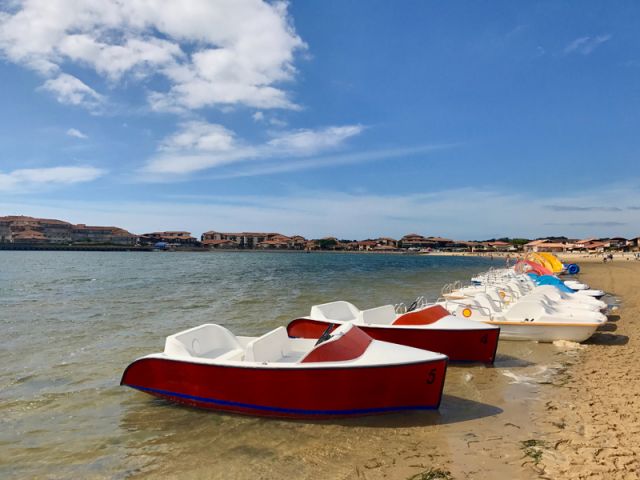 Soustons is a small lovely village, guided boat trip on the lake or on the Soustons River, miniature harbour, golf. Soustons was made famous by the French President François Mitterrand who vacationed in his “Landaise Latché” at the heart of the forest for 31 years. A statue has been erected at the entrance of Soustons, in front of the Tourist Office in his honour. 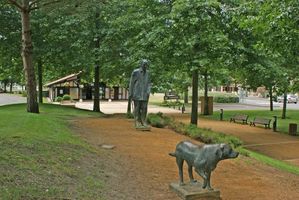 Seignosse which is the most rural one and least developed of the municipalities, focuses on large green spaces.

A little village where the good life is available all year round: a 6km beach where a quiet spot is easy to find, the Penon area has a family atmosphere, and is very busy during the summer, dunes at the north, an amazing view on the Basque Country mountains...

In Seignosse, friendliness is a culture, the best time to visit is on 15th August during the "Casetas", a special event where locals, clubs and tourists, meet to savour regional products prepared “à la plancha” for a welcoming and friendly time.

As per its neighbour Hossegor, Seignosse cultivates its ties with the environment, you can visit the Etang Noir nature reserve, a pleasant wetland zone at any time of the day. 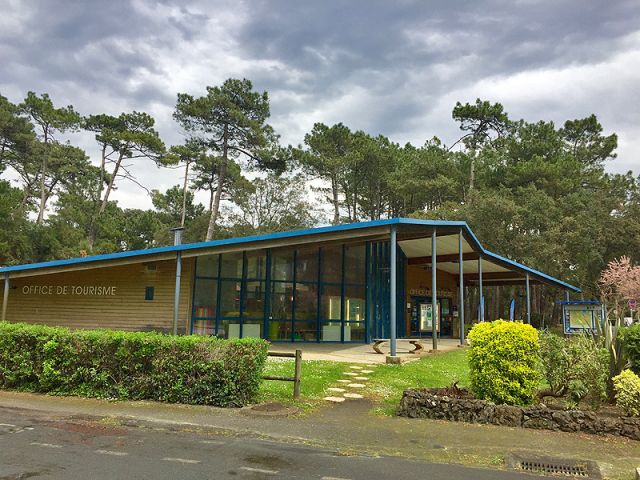 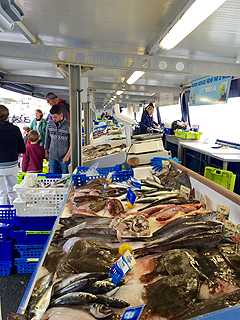 Capbreton, is a more popular and family orientated seaside resort, being the unique port of Landes, the town welcomes sailors all year round.

The Capbreton harbour is the legacy of a very old fishing tradition. Formerly, a significant whaling port, the wooden pier (see photo below) is the last remnant of the original harbour infrastructure.

Today, thanks to the buildings of new basins, the harbour has a capacity of nearly 1,000 moorings.

On the harbour you can savour the abundance of seafood either by buying them in the market or at one of the local restaurant. One of the curiosities of Capbreton is the presence of a “gouf”, a deep-sea canyon just off the entrance of the harbour which provides an extreme variety of deep-sea fishes, shellfish and crustaceans.

Some other heritage curiosities include: the “Maison de l'Oralité et du Patrimoine” (a cultural house to exchange and transfer history and stories), the bridges of the town, the beach chapel... many tours are organised by the Tourist Office all year long.

Last but not least: “the wine of the sand of Capbreton”, the vineyard “domaine de la pointe” is located in the dunes and produce white, red and rosés wine, in a very small quantity, only 15,000 bottles per year...to consume in moderation! 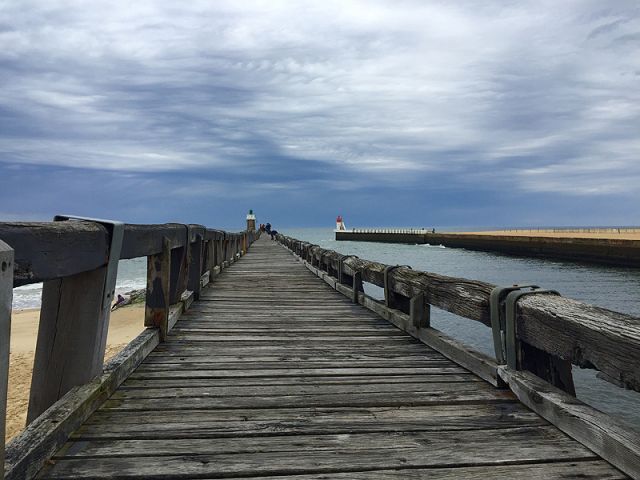 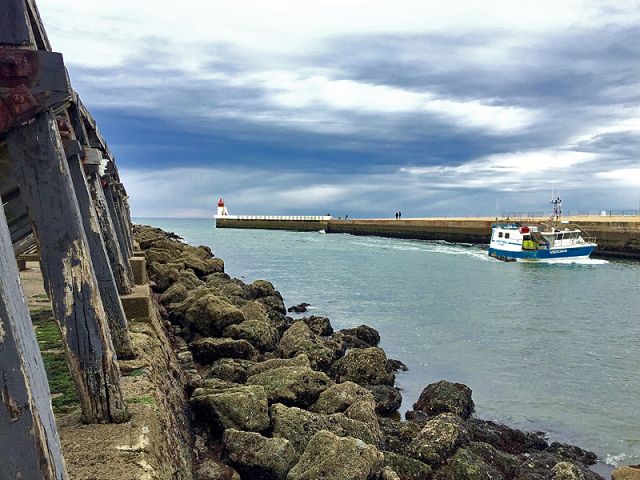 Hossegor, located between sea and lakes, is simultaneously bourgeois and trendy. You will discover basco landais style luxury villas from the thirties but also its beautiful fine sandy beaches, and not to be missed surfs spots. The resorts host the headquarters of many big surf equipment brands such asQuiksilver and Roxy Pro France. Surfing arrived in the sixties in Hossegor, the resort epitomizes today the surf lifestyle, and the well-known "Hossegor Wave" makes it the European Surf capital. 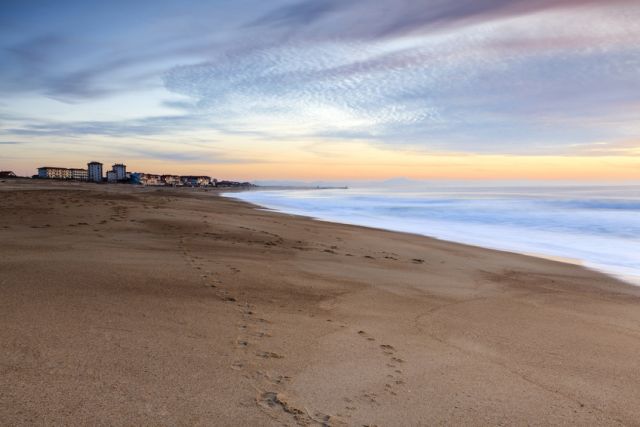 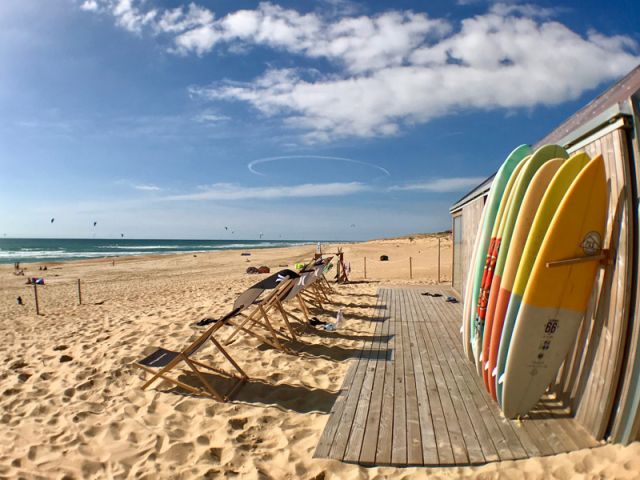 Besides surfing, HOSSEGOR is a buzzing resort alL year round:

An 18-hole British style golf course sheltered from the wind is situated right in the town centre. Created in the thirties, it is the home of many competitions taking place all year round such as the “Grand Prix des Landes”, the “Coupe Fram”, or also the “Prix de la ville d'Hossegor”.

Cycling in Hossegor is also a pleasure, the town has more than 40 km of cycling paths that will help you discover its architectural and natural heritage, and for the sportiest ones the paths join the neighbouring towns of Capbreton and Seignosse.

Situated between beach, lake and forest, Hossegor is a true green resort, which maintains a close link with its biodiversity. A discovery tour will introduce you to the life in the Landes forest and will convince you if it is not already done that Hossegor is intimately tied to its cultural heritage. 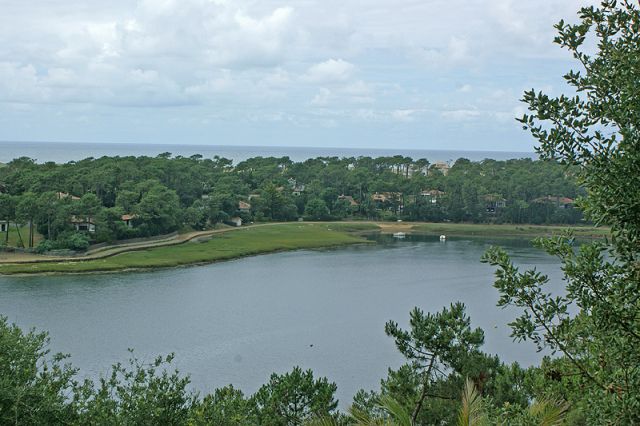 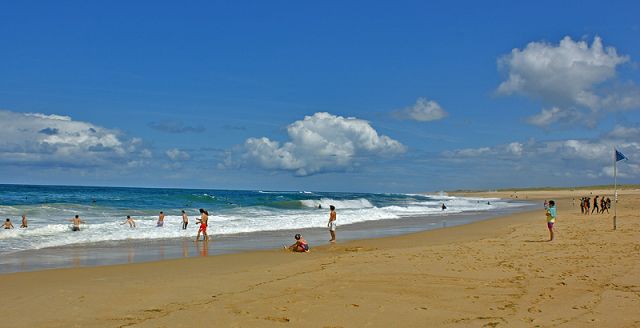 We are devoting more and more time and attention to making healthy food choices, with good, tasty and natu ...